Before diving into network soup and getting a better grasp on how the various solutions work together, it is imperative to understand them individually.

Software-Defined Wide Area Network (SD-WAN) enables the dynamic routing of network traffic based on the current network status. Traditional branch routers are replaced with applications that evaluate and leverage various transport technologies based on their performance. This enables network administrators to route high priority traffic, such as video and voice, over MPLS links or a dedicated Internet access (DIA) connection—essentially any solution with an SLA attached, while the majority of their more standard traffic is routed to more cost-effective services, like broadband, DSL and wireless—basically any solution without an SLA attached.

SD-WAN can be deployed as either a hardware/software combination with WAN edge devices placed at the individual physical locations or as a solely software-based solution. Because each device is centrally managed, application-based routing policies (also referred to as performance-based routing) and security rules are created by WAN managers and can be updated real-time based on network requirements.

Software-defined networking (SDN) is a type of dynamic networking architecture in which the control is separated from hardware and instead executed through the software; this is known as the separation of the data plane from the control plane.

In a traditional network architecture firmware is directing hardware where to forward the data packet upon its arrival at a switch or server and sends all the information to the same destination. SDN removes the control from the networking hardware’s firmware and instead gives it to the network administrator to direct network traffic from a central control console without changing the setting of individual switches. This, in turn, allows the administrator to change network rules, prioritizing as needed or even blocking specific packets. Because cloud computing has a multi-tenant architecture, SDN is important as it enables more agile and efficient control of traffic loads as well as the ability to scale both quickly and dynamically.

Although frequently used interchangeably with NFV, Virtual network functions (VNFs) move individual network functions from proprietary hardware to software that runs on agnostic hardware, ultimately leading to more agile networks. Individual VNFs are a primary component of an overall NFV architecture. Used by both businesses as well as network service providers, these tasks can include firewalls, caching, DNS (domain name system), or NAT (network address translation) and can be run as virtual machines.

VNFs can help increase network scalability and agility, while also enabling better use of network resources. Often referred to as the building blocks of SDN, VNFs can be linked together by a concept known as service chaining. Rather than services/network functions being installed manually, and each being configured with their proprietary hardware (which would require them to be cabled together manually to perform a dedicated sequence) VNF’s virtualize these functions, allowing new functions to be deployed as virtual machines quickly and efficiently. Since VNF’s replace physical hardware, they reduce power consumption and increase the available physical space, increasing network scalability and agility, resulting in reduced capital and operational expenditure.

Although SDN and NFV are frequently thought of as interchangeable, this is not correct, though they are similar, primarily in that they both employ network abstraction. Both SDN and NFV rely heavily on virtualization; however, where SDN’s primary focus is to separate network control functions from network forwarding functions, NFV’s primary focus is the abstraction of network forwarding and other network function from the hardware on which it runs.

The hand-in-hand combination of NFV and SDN allows simple, consistent policy control and network status, as well as the ensuring data flows, are distributed in the context of local network parameters, independent of location or hardware platform.

Ed Tittel, IT veteran in a Cisco blog says, “SDN rests on the notion that network control can be divorced from network infrastructure and physical devices. By applying programming and automation to network control, network operators can define, manage and manipulate logical networks directly and dynamically. NFV, by contrast,” Tittel continues, “is all about the network functions that must be performed at all levels and stages of a network – at the periphery, boundary, and core – to accept, forward, shape and filter network traffic as it courses through any given infrastructure.” NFV replaces network services that have been typically done by hardware with virtualized software – think physical networking and appliances like routers and firewalls. Now, network services can be done on standard servers, reducing costs and providing capacity that can be increased or decreased on demand. NFV originated from the need to deploy faster network service for business growth. Many of the services are managed in a software-defined network.

Because NFV compliments or replaces traditional network appliances, it must guarantee the following:


NFV deployments haven’t really taken off, due to standards and instructions for implementations. However, new network configurations to support the adoption of SD-WAN, IoT, and 5G are forcing network operators to look at business architecture and begin to virtualize. Connected devices and sensors create new requirements for fixed and mobile networks.

Suppliers migrating to 5G are including NFV solutions as part of their architecture. Network operators are benefitting from cost savings— no longer purchasing network equipment and instead deploying software on standard servers. Additionally, NFV solutions save on space, power, and cooling, and have greater flexibility with capacity. NFV applications can be used for a myriad of things in addition to SD-WAN applications, including evolved packet core, IP multi-media subsystems, CDN, vCPE, video servers, network monitoring and slicing, service delivery, and some security functions.

GET A NO OBLIGATION SD-WAN ASSESSMENT HERE 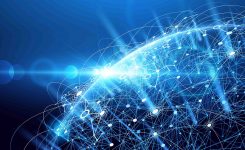 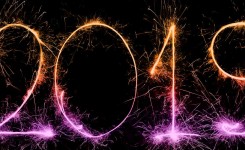 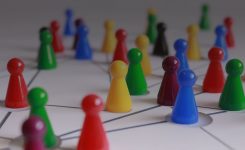 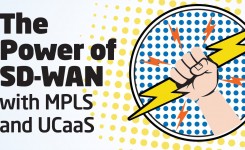 SD-WAN with MPLS and UCaaS 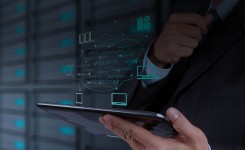 The Challenges of a Cloud Network 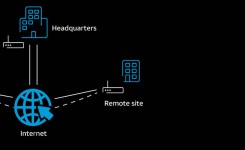