May 28, 2015 – CRN, a leader in news, analysis, & perspective for technology integrators, recently sat down with ATI’s very own COO, Russ Zielezinski, and Director of Marketing, Jeff Becker to discuss two industry hot topics: The Shift to Cloud & ShoreTel’s new Hybrid offering. In case you missed them, the articles are below, with ATI’s input highlighted in red. Let us know what you think. “Adapt Or Die: UC, VoIP On-Premises Must Shift To Cloud, Analysts Say” “ShoreTel Teases New Hybrid Platform”

Solution providers in the unified communication and VoIP space need to start shifting from on-premises to cloud-based solutions or risk being left in the dust. That’s the conclusion of VARs and analysts, who say 2015 is the most significant year for partners to make the transition to offer more cloud-based services in order to stay on pace with the market and capitalize on recurring revenue streams. “It’s important for partners to get aggressive in the cloud, because customers right now are trying to decide what partner and what solution provider to use,” said Zeus Kerravala, principal analyst at ZK Research. “Anytime there is a big shift in the market like this, it creates an opportunity to take some shares. … It’s really imperative that UC resellers and VARs make cloud part of their service offer, or they’ll be the ones on the outside looking in.” On-premises PBX systems have been stagnant in the market, with low-single-digit growth rates over the past few years, compared with hosted services growing in the double digits, according to an Infonetics Research report. Infonetics expects Cloud PBX and UC services to be a $12 billion market by 2018. “On-premise-based industry is growing at 2 or 3 percent,” said Kerravala. “The cloud portion has been growing in the high 20s. I fully expect the industry to stay that way.” UC and VoIP solution providers say transforming their companies toward cloud services can be challenging, but it is a necessity in 2015. “There’s some reluctance in some partners that were legacy premise partners, like ourselves,” said Russ Zielezinski, chief operating officer at Advanced Telecommunications of Illinois, a ShoreTel and Mitel partner based in Naperville. “But we see the market for cloud telephony exploding. We’re seeing that shift in 2015 and expect that to increase. The customer demand is for that hosted solution or hybrid hosted solution — people want to move away from [on-premises] only.” Joe Rittenhouse, president of business development and managing partner at Converged Technology Professionals, said vendors like ShoreTel “opened our eyes to” the changing industry. Converged Technology Professional partners with Aerohive Networks, ShoreTel and Hewlett-Packard. “It’s really an eye-opening experience to come into this new market … because the market has obviously been here,” Rittenhouse said. “The success that we’re starting to achieve has been more along the lines of taking the blinders off and being more open to the way that the business world is consuming products, features and applications.” Heather Tenuto, vice president of worldwide channel programs and sales enablement at ShoreTel, said the company in enabling their channel community to embrace cloud solutions through programs and leading marketing campaigns for partners. ShoreTel unveiled a cloud partner program last year that allows the channel to start selling its suite of cloud-based VoIP services. The Sunnyvale, Calif.-based vendor also recently launched a turnkey cloud campaign for its partners called Big Sky No Limits, which includes e-books, thought leadership content and social media outreach plans for partners. “The way the market buys cloud products is very different from the way they bought traditional PBXs, so the partners are generally not prepared for that,” said Tenuto. “You have some partners that say, ‘I don’t see a lot of demand for cloud telephony,’ and then they have this awakening when they discover the opportunities. … Maybe customers weren’t finding you because your website doesn’t say anything about cloud, so of course you’re not seeing any demand. Once [partners] change those things, they start to see the demand.” Tenuto said more than half of ShoreTel’s partners are participating in their cloud partner programs. The market research firm MarketsandMarkets expects the UC-as-a-Service sector to grow from $13 billion in 2014 to $23.3 billion in 2019, representing a compound annual growth rate of around 12 percent. “2015 is a significant year for this shift,” said Jeff Becker, director of marketing, for Advanced Telecommunications. “The cloud has really taken full hold of the industry. http://www.crn.com/news/networking/300076309/adapt-or-die-uc-voip-on-premises-must-shift-to-cloud-analysts-say.htm

Unified communications and VoIP vendor ShoreTel is set to unify its on-premise and cloud platforms in an effort to push more cloud services through the channel. With the major shift from on-premise to cloud solutions becoming more relevant than ever in 2015, ShoreTel is launching a hybrid platform to help partners make the transition to the cloud, according to Heather Tenuto, vice president of worldwide channel programs and sales enablement at ShoreTel. “Once we deliver that product, it’s really going to accelerate ShoreTel,” said Tenuto, in an interview with CRN. “We’re really leading the way in creating this hybrid category in UC where you’ll see even more rapid adoption of cloud because people can pick and choose what pieces of their service they do want in the cloud. The new platform will offer four different flavors of creating a hybrid between on-premise and cloud platforms.” Tenuto said a large part of the market is still hesitant around cloud telephony and cloud UC. “This new platform will give them an entry point that’s more comfortable for them,” said Tenuto. “Depending on what they like about cloud and what they don’t like about cloud, what they like about on-site and what they don’t like about on-site — this single platform allows us to create hybrid situations that will help more people take advantage of the cloud services that they’re comfortable with.” The official unveiling of the new platform is planned for ShoreTel’s One Champion Partner Conference next month in Orlando, Fla. By 2016, over 50 percent of midsize and large organizations in North America will be running some of their unified communications applications over either a private or public cloud service, according to an Infonetics survey released on Monday. “Businesses continue to migrate their unified communications applications to the cloud, citing flexibility as the key reason,” said Diane Myers, principal analyst for VoIP, UC and IMS at Infonetics Research, in a release. ShoreTel partners said the hybrid platform is needed for solution providers wanting to ease their way into the cloud who might be currently selling on-premise, with little to no cloud services. Partners also get to capture recurring revenue streams through a hybrid platform. “Historically, in the premise-based-only business, you kind of rode a rollercoaster of sales,” said Russ Zielezinski, chief operating officer at Advanced Telecommunications of Illinois, a ShoreTel and Mitel partner based in Naperville. “With monthly revenue streams, you know it’s coming in every month that makes it easier to manage our business … ShoreTel knows, and is listening to, the market and that’s why you’re seeing [a new hybrid platform].” The Infonetics study found the top device used by businesses is smartphones, ahead of desktop computers and laptops. An increasing part of UC for businesses is web and videoconferencing, as well as text messaging, according to the study. “Cloud solutions are inherently more flexible than premises-based solutions, offering businesses the ability to scale users up and down, centralize management and deploy new features and applications quickly,” said Myers. http://www.crn.com/news/networking/300076319/shoretel-teases-new-hybrid-platform.htm 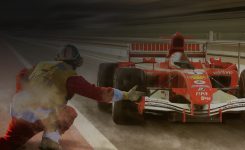 Transforming Faster Than Ever 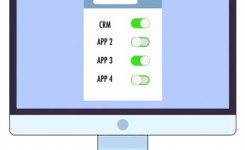 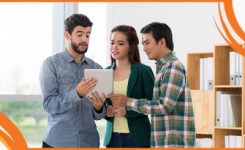 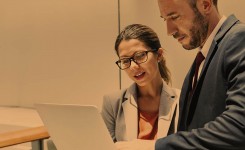 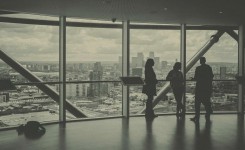 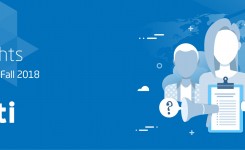 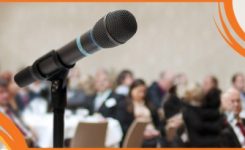 We are thought leaders in voice, collaboration & total experience technologies. Our core focus is to align your business with these technologies through solution engineering, superior implementation, & agile support.

We are thought leaders in voice, collaboration & total experience technologies. Our core focus is to align your business with these technologies through solution engineering, superior implementation, & agile support.